Begin typing your search above and press return to search. Press Esc to cancel.

Mirren Fischer is someone who finds herself at the confluence of some really big challenges: creating a sustainable future and leveraging the new methods which have caused such an acceleration in the role of digital experiences. She talks to MEX founder Marek Pawlowski about applying that approach to problems and places which have deep, physical roots – like construction projects which need to think on 100 year timescales.

Part of her response to this brave new world is Brilliant Product Design, literally, and she hopes…figuratively. Brilliant is the name of the small agency she has founded to work towards these outcomes.

It is a conversation informed by the depth of Mirren’s experience and background. She trained originally in architecture and worked as an architect for a number of years. But for more than a decade she’s been developing her talents in digital experience design. She’s worked for a wide range of UX agencies, she’s worked client-side and she’s worked across industries from publishing to property.

It’s great to hear from listeners! You can get in touch with feedback, questions, guest suggestions or anything else @mexfeed on Twitter or email designtalk@mobileuserexperience.com. 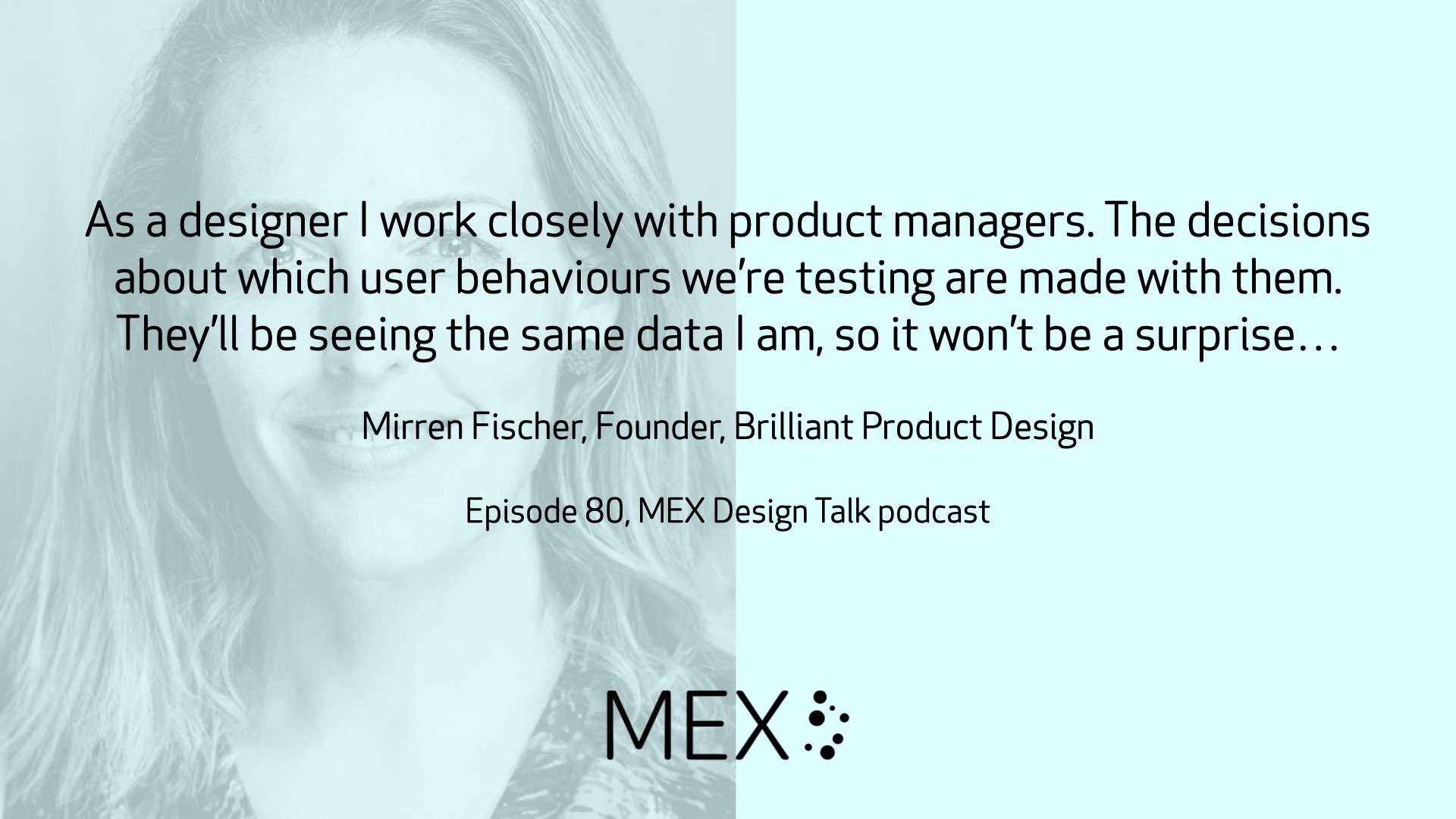 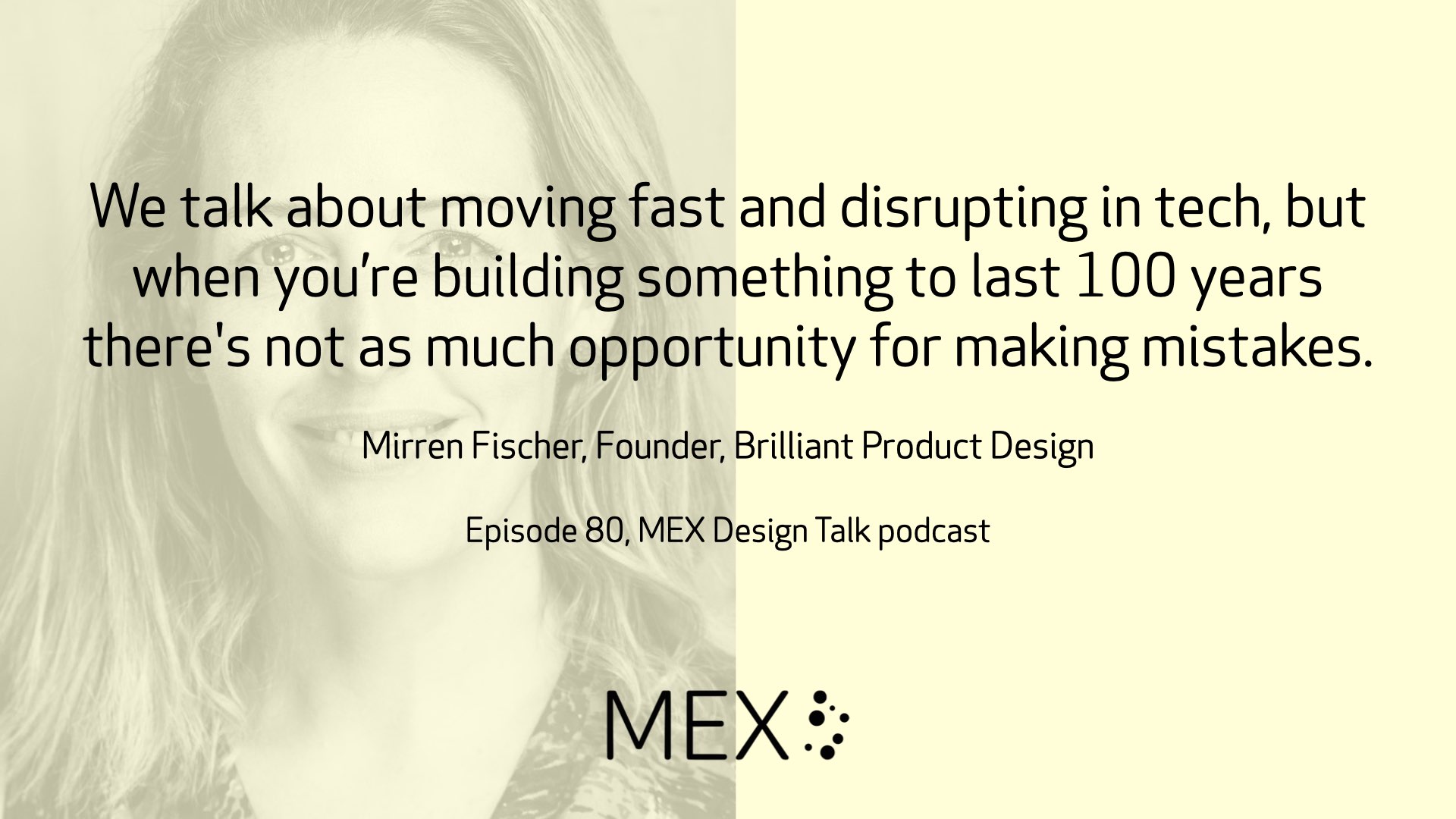 About MEX Design Talk & how to get in touch

+ There are no comments

Founded in 1995 by Marek Pawlowski, MEX is home to an ever growing library of 1,633 articles, videos and podcasts exploring emerging technology, user behaviour and how to design better digital experiences.

Please get in touch with any questions.

Vignettes of observational ethnography documenting people and their technology.

Talks on experience design by expert speakers, recorded at the MEX conferences.